You are here: Home / Marriage / The #1 Secret to Healthy Conflict Resolution in Your Marriage 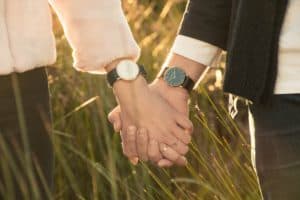 “Hon, are you serious??!! You loaded the dishwasher the wrong way again!”

It was our first year of marriage and I was annoyed. I had specifically shown my husband IN DETAIL how to properly load the dishwasher in order to pack the greatest amount of dishes and to allow for the most effective flow of water NUMEROUS times. I was a dishwasher-loading ninja. And yet here we were again. I opened it up to a mishmash of glasses and bowls on both levels. Was that a PLATE on the top level??? A CLEAR violation of all that is holy. I rolled my eyes and felt my frustration bubbling into a feisty anger as he walked into the kitchen to defend his honor.

“Look, do you want my help or not?” he said with an edge to his voice.

Our emotions began to rise with the levels of our voices as our recurring argument over the dishes came to an ugly head.

Then all of a sudden, at the height of my frustration, I had an epiphany that changed everything for me…and for us.

There was a pause as we each stopped to breathe and to think about what was really happening.

“I want to be on the same team,” he said. “Me too,” I replied, in a much calmer voice than the explosive Captain of Dish Correctness I had been only minutes before.

In that moment, we shared a deep realization that has since shaped every argument, every choice, every aspect of our marriage. We are on the same team. It seems so simple and obvious, but it’s at the core of all healthy marriage communication and conflict resolution. And it’s really easy to forget in the heat of the moment.

It felt like we needed to do something to seal the depth and importance of this agreement we had reached in our marriage, so without thinking, I stuck my pinky out and said, “Pinky swear?” He looped his pinky around mine and we shook them like two little kids making a promise to split whatever candy they got in their Christmas stockings. “Pinky swear,” he declared with resolve.

Whatever challenge arises in your marriage, whatever disagreement you have, there will always be the temptation to take sides against one another. But when you do that, you are letting the problem come between you and your spouse. Not only does the problem not get solved, but it becomes like a weapon of division in your relationship, slicing the connection you share right down the middle.

No matter how long or how loudly you duke it out or how certain you are that your way is the right way, your marriage will be the thing that loses the most.

What my husband and I realized in that kitchen moment, is how ridiculous it was to let something as trivial as loading the dishwasher become a threat to the very love and connection that we had pledged to share for better or for worse.

When it comes down to it, your marriage HAS to be the most important thing. Every. Single. Time. And until you can re-establish that relational connection, no amount of yelling is going to solve the problem at hand.

Healthy conflict resolution means that your relationship is a SAFE PLACE for each other. When you establish a safe place, you can have hard conversations and they can bring you closer together, rather than driving you apart.

Sometimes establishing that safe place is as simple as reminding your spouse that they are the most important thing to you. That your marriage is the priority.

To this day, whenever my husband and I have a disagreement, whenever one of us begins to feel that the problem is dividing us, we will stop and stick out our pinky and say, “Same team?” It’s never said in anger or accusation, but in a heartfelt attempt to say…our relationship is way more important to me than this problem.

Once that relational connection is restored, then you can work as a team to solve the problem together.

So whether it’s a pinky swear or a code word or a secret whistle, find something as a couple that you agree on to remind yourselves that you are on the same team. And let your marriage win. 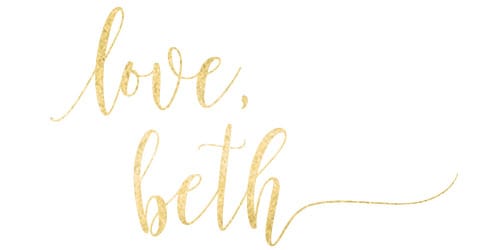